Our Blog IS THE GST STRUCTURE REALLY AN ‘OLD WINE IN A NEW BOTTLE’ VERSION OF THE PRESENT TAX STRUCTURE?
June 5, 2017 sradmin 0Comment

Have you ever noticed how bad India is at improvisation? Classic movies like ‘The Prestige’ was disfigured into ‘Dhoom 3’ and ‘The Godfather’ was massacred to create ‘Sarkar’. From these examples, it is safe to say that things can take an awry turn when India approaches to improvise. However, the glass does seem to be half full from the proposition of the Goods and Services Tax structure. The Lok Sabha passed the GST Bill on 29th March 2017. It is being hailed as the game changer for India’s economy and is being labeled as the biggest change in the Constitution since India’s independence. It would bring the country under single tax net for the first time. India is notorious for its complex tax systems. For new business and start-ups, it becomes impossible to navigate through various direct and indirect taxes. Constant change to taxes like Service Tax is making things even worse. The GST will replace indirect taxes levied by the Central and State governments and provide for a single, streamlined process. It presents India as a unified market to business owners and also aims at bringing a lot of black money into the mainstream economy. The tax will be implemented at every step of value creation. It is the 122nd Amendment of the Constitution and Mr. Arun Jaitley, the Finance Minister of India, captioned that the proposed date of implementation of the consolidated tax regime would be 1st July 2017. GST is a Constitutional Amendment Bill which implies a direct change in the Constitution i.e. fundamental fabric of the country and thus requires 2/3rd votes in both Lok Sabha and Rajya Sabha. After 7 nerve wracking hours of debate, the 7 implications and distinctions of the four supplementary Bills from the present tax structure are:

Lawrence J. Peter has rightly said,”Democracy is a process by which the people are free to choose the man who will get the blame.” We dare to point a finger at the Government when actually it should be done in front of a mirror. We aren’t hesitant to blame them of ripping us off in the name of taxation whereas the truth is the polar antagonistic. It is the rich business you boast about and take pride in knowing, it’s your filthy rich neighbor whose car you envy, it’s every single one of us who evades taxes to make the rich richer and the poor poorer. The dark irony highlighted here is that we praise those who cheat us. The GST system not only untangles the dark web of multiple taxes but also makes the tax structure fair. There are separate laws for a separate levy. For eg- VAT derived from Entry 54 of the State List for which states are sovereign in taking decisions, Customs Act, 1962 and the Central Excise Act, 1944. Under the GST system, there will be only one such law because GST shall subsume various taxes.

It is a four tier GST structure comprising of 0% in case of essential items including food 5% in case of common use items, 12-18% being the standard tax rates and 28% in case of items which are currently taxable with 30-31%. In addition to this, a tax of 28% (with cess) is levied on luxury and de-merits goods. In contrast to the existence of separate rates like Excise of 12.36% and Service tax of 14%, there will now be one Central Good and Service Tax and a uniform State Good and Service Tax across all states. The CGST, IGST, and SGST provide for a maximum rate of 20% each.

There are some unsaid things that you just don’t do. Like, you don’t give a beggar Rs 5 and ask for it back later with interest as a return on investment. You just don’t. ‘Cascading Effect’ means the levy of additional taxes on the already taxed amount of money. It can be summed up in the paradoxical phrase ‘taxation over taxes’. This is one of those instances that should not happen but you know what they say,”Anything can happen in India”. This problem arises because of lack of credit of Central Service Tax (CST) and the incident of double taxation. With the implementation of GST, there will be ‘no tax on tax’. There will be seamless credit across the journey on the transactions.

The kind of equality in the share of the burden of taxes is just as fair as the reservation system is to the General category of people. The difference here is between ‘people paying more taxes’ and ‘more people paying taxes’. We are talking about the second scenario here. After the GST Act comes into effect, traders will be eligible for full credit taxes paid at the input stage. As a result, excise duty does not add up to his cost and he is free as a bird to pass it on to the customers. Therefore he has no incentive to evade taxes. In fact, even the traders who used to tip-toe their way out of paying taxes would dance around insisting on taking the bill for purchases because otherwise, he would have to pay the price, literally.

The awareness of us Indians is such that we’ll go to a chain restaurant and pay Rs 500 to a bill of Rs 450 just to say, “Keep the change” but make sure we wring out every rupee we can in the market even if it means shouting our lungs out. The question raised by all such self-centered people on the passing of GST Bill was “What is in it for me?”. Well herein lies the answer. The goods were imposed with high excise duties, VAT and other indirect taxes because of which because of which the prices went up so high that the middle-class consumers might just have taken a loan just to pay the taxes. The Knight in the shining armor was the GST system that introduced a uniform rate of taxation that would lower the rate of taxation as well as the price of goods. On October 14, 2015, the Finance Minister of Haryana Captain Abhimanyu said that the implementation of GST system in the country would reduce the tax burden on consumers by 15-20%. He said in a release,” With the implementation of GST, not only the consumption tax will reduce, but prices of various other essential goods will also come down.”

If you hand the study material of UPSC exam and a paper on Indirect tax structure to an average Indian and ask him to choose, that person might just become an IPS Officer in the coming years. One can’t even blame the people. The rigid, complex procedures with the number of taxes more than the number of cases against politicians should make it easy on everyone and spell out ‘Tax evasion’ in capital letters. The compliance in complex because of a multiplicity of laws and their provisions to be followed. Being lazy as is our nature, this complexity projects itself as the first page of the book ‘Why not to comply with the tax laws’. Tax compliance would be easier as only one law subsuming other taxes need to be followed.

Imagine a typical examination hall filled with students sneaking around to cheat and take a glance at someone else’s paper any chance they get. You don’t need to be a Nobel Prize winner to understand why a larger number of students would increase the frequency of cheating opportunities and make the job of the invigilators tougher. Now what a smart invigilator would do is make the most restless student sit in the front right under his nose or reduce the number of students by sending them under the supervision of other invigilators. Similarly, a smart government would reduce the frequency of tax evasion by a transparent tax administration that is achieved by reducing the incidents of levy of taxes. Lower the number of taxes to be imposed, higher will be the transparency in tax payments. Presently, tax is levied at 2 stages in a broad manner i.e,

In the new GST system, the tax is to be levied only at the final destination of consumption and not at various points. This brings more transparency and corruption free tax administration. 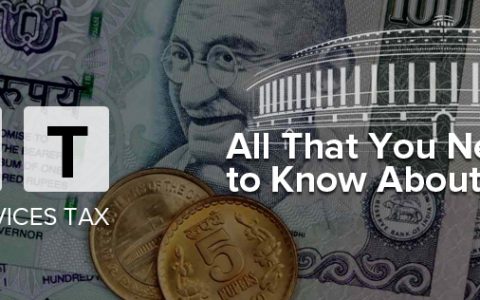 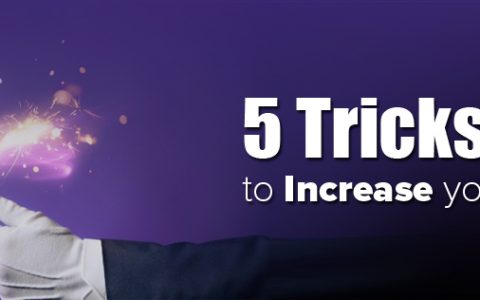 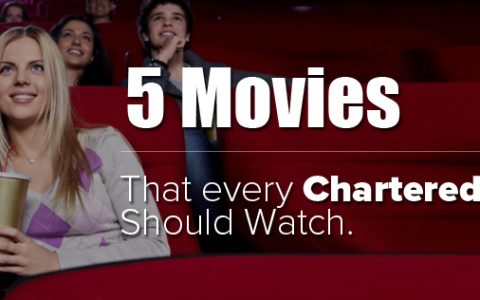